If you read The Book of Finch and compare it to this blessing, you'll find two things: 1) the church really could have some kind of truth or reality to it and 2) LDS people aren't very smart.

My patriarchal blessing could have potentially come true, that's good on the church --- but the fact remains that church members and leaders wouldn't LET it come true --- they appeared to be deliberately trying to take it away from me. So, the church isn't all that great anyways, even if the prediction had some merit.

So, I don't really intend on continuing with the church anymore at this point, so the blessing might never come true in its entirety --- but the fact remains that parts of it were coming true, and certain leaders, members, and other people decided that they weren't going to actually allow the things I was blessed with to happen.

It is so bloody annoying when my blessing says, paraphrased, that certain things will happen as a young man, but then everyone around me decides that patriarchal blessings aren't supposed to come true until later in life, which makes no sense to me because at least part of my blessing was meant for immediate purposes, and then no one would actually allow it - so it's kind of dumb. 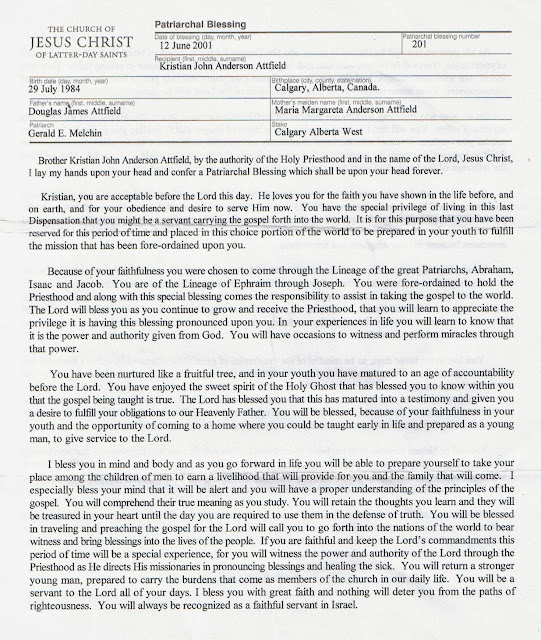 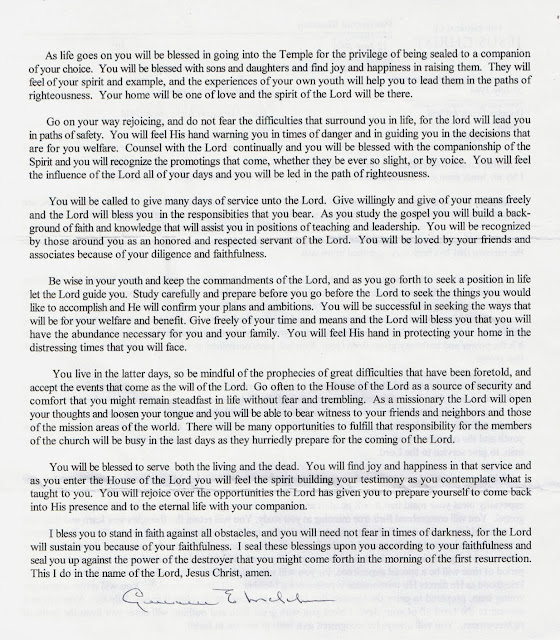