Why I Need Donations (Bitcoin)

There are numerous people from many countries who visit my blog. I should have enough publicity to attract attention to my projects.

But, the projects I've worked on so far JUST HAVEN'T PAID.

Do people just dislike me? I don't know --- the guy at Linux Mint said he was "honored" to receive my donation to the Linux Mint Project, and recently Plan Canada told me my name has power --- like that meant something. I'm not totally certain that people just don't like me. But I don't get paid.

I have a project idea I'm wanting to begin work on. I know that chances of this project achieving popularity or monetary success on Forge TV Cortex are very low. I loved OUYA, I think Forge TV is actually a pretty good platform ---- but other people didn't buy Forges, even didn't like Forges.

So it's time to move on.

For my next video game project, I think I would like to do it on APPLE TV.

To get this right, however, I am going to need money. I need new equipment. I need an apple tv for starters. I'll need controllers. Heck, I might need a new mac --- the old one is for Unity 4 Android TV development and the drives are getting pretty full. Heck, I might as well, if I can, go for Unity 5 Pro this time.

All that would've been possible if I had only been paid for my 10+ projects of previous work. But I didn't get paid.

So, you could say that I could start a Kickstarter ---- but I don't like that idea. I'd have to tell you about my super-secret project before it's even fully started, and then it wouldn't be super-secret.

Why keep it a super-secret?  Because I know through my life plenty of times people do like taking my ideas. Some times I give my ideas away. But for something like this, something I want to do myself ---- I don't need anyone knowing what I'm going to be doing. Kickstarter doesn't allow that.

I have a donation bitcoin address you can donate bitcoins to. If enough Bitcoins are acquired, I am certain I could use those bitcoins to buy the equipment I need.

Look at my previous projects. Sure, I've made many mistakes along the way --- but I eventually remedied all or most of the problems. If you have any liking for any of my previous work, just know that this new project I'm thinking of is an even bigger idea --- it will take a lot of work, and I'd like to get it right. I am more experienced now after all the 8 Cortex games I've published. I just need capital to set up a new work area.

Here is a list of things I would think I would want to buy for my new project:

1) A New Apple TV. My current Apple TV doesn't play games, it's the old kind.
2) A New Mac, hopefully with at least 256gb of flash drive --- it could be a Mac mini or a mac pro depending on funding.
3) Whatever it costs to be an Apple Dev. I heard it's not free.
4) Unity 5 Pro. That would be nice, although not absolutely necessary.
5) Unity Assets. I'm not an artist, it actually helps to be able to hire someone else's help.
6) Controllers and cables. Let's not forget these are essential.
7) I might even need to purchase documentation. Maybe.
8) Maybe a new TV. My old TV is my monitor for my Forge Development station.


There you go::: that's a list of stuff I need Donations for. Kickstarter would make me expose top-secret information and wouldn't necessarily succeed if the goal is not met ---- plus it's more work for me, and makes me feel scared.

Anonymous Bitcoin Donations are a good way for you to provide funds for me without me having to deal with Kickstarter. It's also cheaper. If you want to be anonymous, you can be. If you want to talk to me, send me an email.

The Bitcoin Donations just build up over time, while a Kickstarter could fail and nothing happens.


Basically::: If you want to help me in my next project, I'm happy to receive your bitcoins.


If people don't pay me because they don't like me, then I really have to wonder why the Linux Mint guy was honored at my donation and why Plan Canada thinks I'm so powerful.


Yeah, I have paranoid thoughts that maybe I don't get paid because I don't have Charisma ----


But at least some respectable individuals DO seem to like me.


So, to help me with my next project, please just send me bitcoins. Work will completely stall without new funding ---- I have other things to pay for in my life, and though I can pay for those things with the money I have, I won't be able to afford a new project with how things are at this moment by myself. 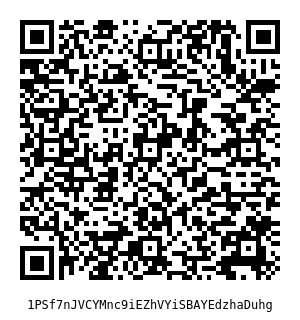 Posted by Kristian Attfield at 6:10 PM