So, I was just trying to talk to my parents about Ockham's razor and how it relates to my grandparents and Avril Lavigne, but as soon as I mentioned the church on this issue they became completely disinterested in discussion.

So, I write about it here.

So, considering that Abbey Dawn Road, the location Avril Lavigne essentially named her Abbey Dawn clothing line after is less than 15 minutes away from my Grandparents' old home ---- What is the simplest explanation for why Avril Lavigne has been singing "about me"?

I mean, it shouldn't be too hard to draw some kind of comparison between Avril singing about me and the fact that my grandparents live nearby to important Avril Lavigne locations, there must be some kind of explanation for this. Hmmm.

and then I wonder about how since 2004, the Bishop and various other members of the LDS church who followed his lead could NEVER ACCEPT A RELATIONSHIP BETWEEN ME AND AVRIL????

To be honest, my grandparents shouldn't have to be living within 15 minutes of an important location for comparisons to be drawn ----- but regardless of how much her songs just sounded like me, the church never accepted the relationship or possibility of relationship.

It's been a long time since I've talked to the church, but up to about 2010 there were still church members telling me I was wrong to think God put me with Avril.


So yeah. Ockham's razor says there's a very reasonable explanation for why Avril sings about me, but for many years the LDS church NEVER ACCEPTED OUR RELATIONSHIP.

Now, the LDS church just seems and looks completely stupid and pointless, and my parents just didn't want to discuss that with me. 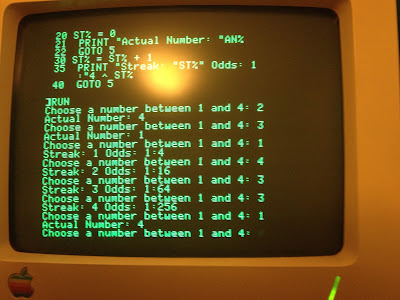 In other news, I showed my mom my new telepathy program on my Apple II last night, and had her go a few rounds with it.  In no time at all, she had a 4 streak, which is 1:256 odds. Amazing. I guess she's a Jedi too.

Actually, I'm serious, she didn't do very many tests at all before she got 4 right in a row. I had just shown her the source code for my program, and then ran the program, and very quickly she started nailing it. Very strange. Indeed.

My mother has it. My other relative has it. I have it. Bah -- It's not quite the same, but I was just trying to parody the new Star Wars trailer. Not quite the same line of relationships though.
Posted by Kristian Attfield at 7:29 PM