According to the screenshot below, I can see that I likely sold 2 softcover copies of my book Letters to Whomever. Usually, both the numbers of in stock books would be 5 and 5, but now it's 5 and 3, so I probably sold two I think.

I am aware of this. Thank you, whoever you are.

I am still waiting for the sales report however. It might eventually be reported, but I've heard rumours that self-publishing companies aren't the most honest so I'm just wondering how to hold my self-publisher accountable if the sales don't get reported.

I suppose it's completely possible that they just decided to stock less of the sequel, but I find that entirely unlikely.

So yeah --- thanks: I am aware of these possible purchases, I just wonder if it'll be reported to me, and if not what to do about it. 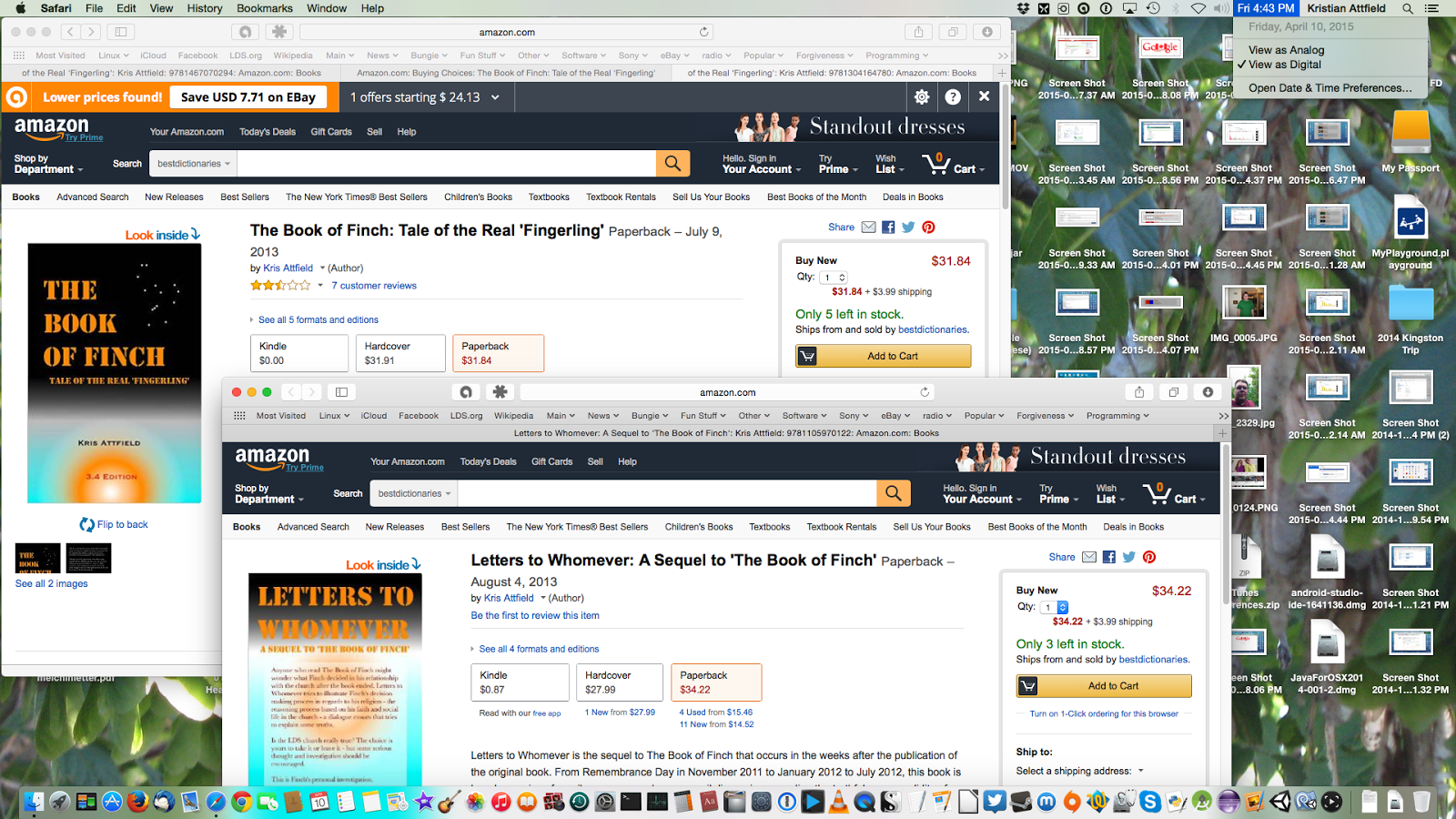 Posted by Kristian Attfield at 4:58 PM

Email ThisBlogThis!Share to TwitterShare to FacebookShare to Pinterest
Labels: book